To create a society in which sexual abuse survivors can live more comfortably.

No decisions about us without us!

Despite this reality, part of the Japanese sex crime law was revised in June 2017, after not having been changed for 110 years. (Surprisingly, until then, the penalty for “rape” had been lighter than “robbery” in the original Japanese law!)

At that time, victims’ support groups that had been active for many years, medical professionals who care for victims, officials in the judicial branch of government, people in media who report on sexual violence, citizens concerned about sexual violence, and survivors raised their voices. They pushed the government take action.

The revision of criminal law was a big advancement. However, there are many problems that remain with the newly revised law.
Please look at the following article of the Forced Sexual Acts Law as stipulated in the current Japanese criminal law.

As a side note, the constitutional requirement for this Article was established in 1907, and has remained in place for 110 years. It says the requirements for rape under the Penal Code are sexual intercourse with physical violence or intimidation that “could not be resisted,” except in the case of crimes of sexual intercourse by a guardian and sexual offenses against those less than 13 years old.

Therefore, Spring has raised issues with the revised law, including the following;

Issue #1 — Requirement to prove the existence of sufficient assault or threatening.
We believe that sexual violence is assault using a relationship which makes the victim unable to resist or harm caused by driving a victim into a situation s/he cannot resist in many cases. Even if a victim did not consent to a sexual intercourse, the perpetrator cannot be charged without proving the existence of sufficient assault or threats. That is the current situation in Japan. “No consent = No sex.”

After the statute of limitations expires, victims lose the power to prosecute and cannot demand criminal penalties.

Victims lose even the option to report the perpetrators.

Thus, with Japan’s sex crime law, while victims are not recognized as victims under the law because of the requirement of physical violence or threats, the statute of limitations for public prosecution (for sex crime laws in Japan) expires.

In order to change the current reality in Japan, Spring has been lobbying in order to solve these issues and revise the sex crime laws to create laws based on the realities of sexual abuse injuries and suffering.

We are engaged in advocacy activities including optimizing the use of sex crime laws, as well as amendments to the law to make it as fair as possible to victims.

Spring is taking action to build a society where sexual assault survivors can find hope.  Spring was established on July 7, 2017 in order to help sexual abuse survivors recover from their “frozen” condition and to help bring spring to those who are now living in the winter.

To create a society in which sexual abuse survivors can live more comfortably.

What does sexual violence violate and how does it affect individuals and our society long after the events?  We will inform the public and legislators about the realities of sexual violence for survivors, and urge revisions of sex crime laws based on facts.

You can donate by your credit card or pay directly into our bank.

＊Please give your name, telephone number, and e-mail address when you make a donation to our account so we can send you an acknowledgement. Also, the bank needs your telephone number by law.

To donate by credit card, go to:
Donation

What are the remaining big problems with the newly revised sex crime law?

The statute of limitations does not match the severity of the physical and emotional harm.
After 10 years for Forced Sex Crimes, and 7 years for Forced Obscenity, they are no longer prosecutable crimes in the newly revised law.

It is very difficult to prove cases in which someone takes advantage of their superior status or there is an imbalance of power in the relationship.
It is difficult to report and to be acknowledged when the assault is perpetrated by a person in a higher position than the victim.
Spring has been lobbying in order to solve these issues and revise the sex crime laws to create laws based on the realities of sexual abuse injuries and suffering.

If there is anything we can help you with, please do not hesitate to contact us! : 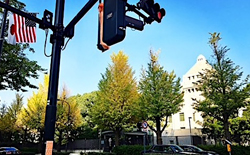 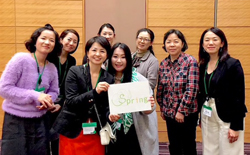 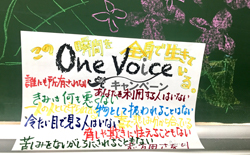 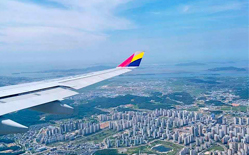